Here’s one more chili recipe for the season, this time inspired by flavors of Mexico and just in time to celebrate Cinco de Mayo. After slow cooking for hours, and filling the house with an amazing aroma, this chili is infused with smoky Mexican spices and the deep, slow roasted caramel malt notes from the beer.  The addition of the sweet potatoes adds a healthy dose of vitamins B and C, plus their inherent sweetness balances the heat from the poblano peppers.

The chili itself is very hearty and filling; however, if you have a noodle-head at home as I do, the addition of the pasta works great here.  Either way of serving, it’s sure to be a family favorite.

END_OF_DOCUMENT_TOKEN_TO_BE_REPLACED

Many of my recipes go through a second or third iteration of ingredient tweaks until I feel they’re website worthy. This recipe wasn’t one of them. The first taste was a food revelation making this my new favorite stew.

END_OF_DOCUMENT_TOKEN_TO_BE_REPLACED

I love big, bold flavors in my food and don’t mind waiting ten hours to eat it when it tastes like this!

The method of braising and slow cooking tough cuts of meat like short ribs allows you to experiment with any flavor profile whether it’s a barbecue flavor, Tex-Mex or even Asian-inspired like this one.

END_OF_DOCUMENT_TOKEN_TO_BE_REPLACED

I wholeheartedly appreciate Irving Naxon.  If you don’t know who he is, you more than likely have either been the benefactor of his invention or quite possibly have a descendant of his invention in your own home.  You see, back in 1936, Mr. Naxon invented the ‘Naxon Beanery,’ which was sold to Rival Manufacturing in the early 1970’s, which was then renamed the ‘Crock Pot.’

I was curious, so I did a little research and discovered that as many as eighty-five percent of households in the United States are thought to own a slow cooker. Eighty-five percent! That’s pretty high!  Admittedly, I would be one of them.  In fact, it is probably my most favorite portable appliance.  Well, maybe second favorite.  I really love the convenience of my immersion blender too.

END_OF_DOCUMENT_TOKEN_TO_BE_REPLACED

Now available on Amazon!
Over 500 pages of recipes and images from the blog. Order If My Eyes Could Eat! (Volume 1), (Volume 2), and (Volume 3) for your kitchen, coffee table, or gift for your favorite home chef! 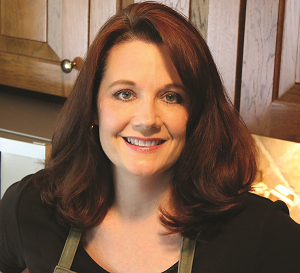 When it comes to food, most people eat with their eyes first. In fact, any recipe I experiment with at home, whether it’s from a website or in a magazine, it must include a picture of the finished dish. No exceptions. If there’s no picture, I skip right by it.

So, if you're anything like me, and you eat with your eyes first, then welcome! Pull up a chair and get ready to feast your eyes!